I have been wanting to create a saucy dish that was not only healthy but super delicious and bursting with flavor. Being vegan it can sometimes be a challenge to replicate dishes that require a lot of cheese however I have found some great brands of vegan cheese that melt just about the same.

1 medium eggplant (as narrow as possible)*

8 ounces pasta (such as , but any kind will do, including veggie noodles or gluten-free) 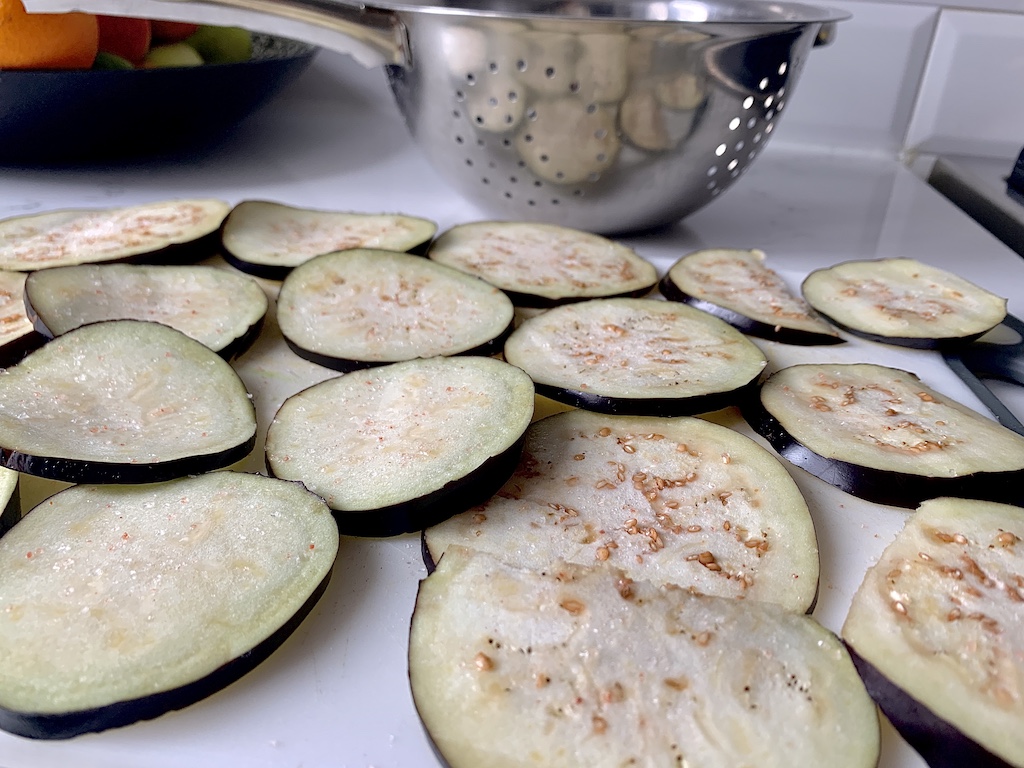 Slice eggplant into thin rounds slightly less than 1/2 inch thick, and sprinkle each side liberally with sea salt. Arrange in a circular pattern in a colander and place in the sink to draw out the bitter taste of the eggplant.
Let rest for 15 minutes, then rinse and arrange on a clean absorbent kitchen towel. Top with another clean dish towel and lay a baking sheet on top. Place something heavy on top, such as a cast iron skillet, to thoroughly dry for at least 10 minutes. 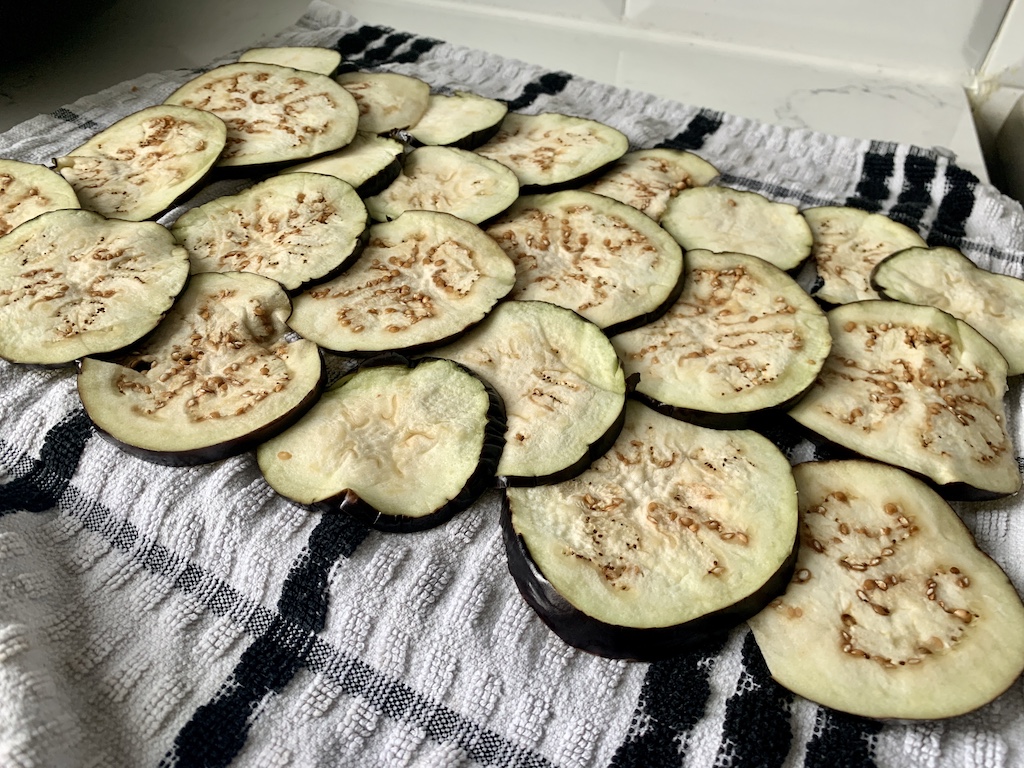 In the meantime, preheat oven to 400 degrees F (204 C) and line a baking sheet with foil and spritz with nonstick spray. Also, if making pasta, bring water to a boil in a large saucepan.
Prepare your dipping stations by placing almond milk + cornstarch in one bowl; flour in another bowl; and bread crumbs + sea salt + oregano + nutritional yeast (or vegan parmesan) in another bowl.
Once thoroughly dry, dip eggplant slices in flour, then almond milk mixture, then breadcrumbs. Arrange on the baking sheet and pop in oven to bake for a total of 20-30 minutes.
IMPORTANT STEP: While the eggplant is in the oven, bring a large skillet to medium heat. Once hot, add 2 Tbsp olive oil (or sub avocado oil // amount as original recipe is written // adjust if altering batch size) and pull 3-4 eggplant rounds out of the oven at a time and sauté to give them extra crisp and texture. Cook for ~2 minutes on each side (or browned) and then return to oven to continue crisping. Do this in batches until all rounds are browned.

Layer the eggplant parmesan. Start with a layer of sauce on the bottom of a casserole dish. Then add pasta, cheese, sauce, eggplant.. repeat until you fill your casserole dish. Depending on the size of your eggplants and casserole dish, you may have two or three layers. After the last layer or eggplant, top with the last of your sauce.

Top with breadcrumbs. This is where that great texture is coming from. Stir the breadcrumbs with some olive oil to moisten, and season with salt, pepper, and fresh oregano.

*EGGPLANT TIPS!
– Buy a narrow eggplant – the really big wide ones don’t get as crisp!
– Don’t skip the salt / drain step – it really helps draw out the bitterness.
– Once coated, make sure you get the eggplant in the oven as quickly as possible so it doesn’t sit there absorbing any excess moisture.
– Really press down on the eggplant after rinsing to ensure you get all of the water out you can.
– Although it’s an extra step, browning the eggplant in the skillet in addition to baking yields the crispiest result!